Our Process07 October 2017Next 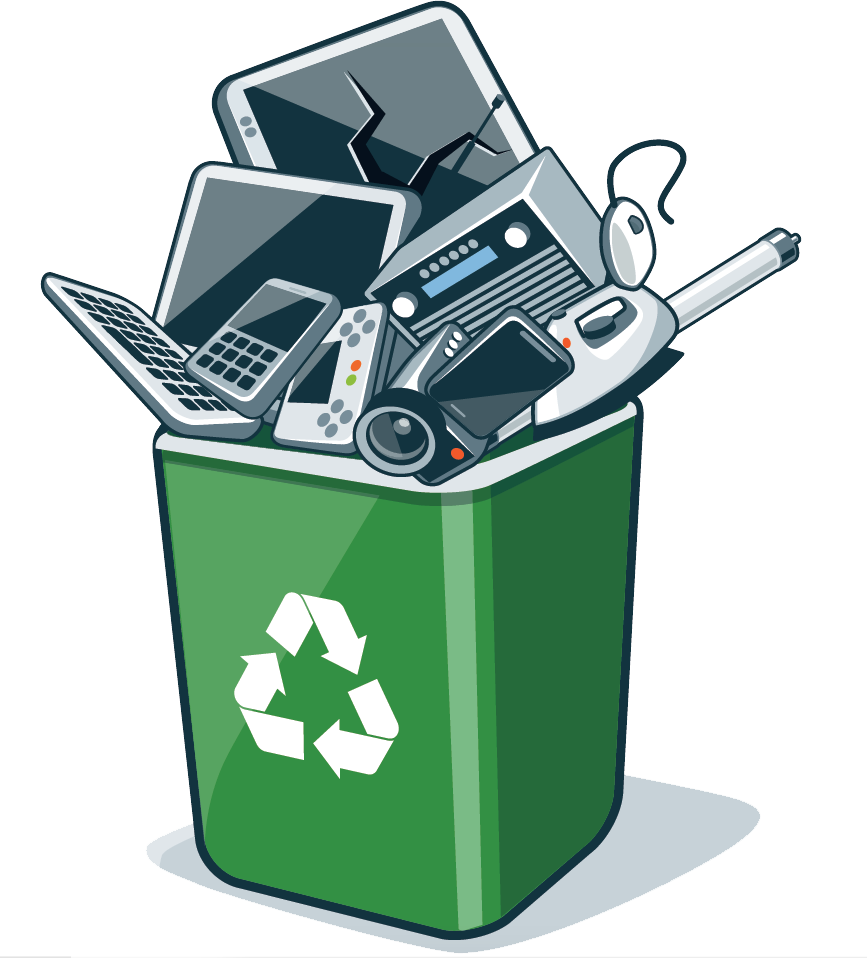 Electronic waste across Canada has nearly tripled in four years, according to a new study by Statistics Canada.

However, the news isn’t all grim: according to the same report, waste diversion — a means of redirecting things like hazardous waste and recyclable material so that it doesn’t end up in a landfill — has increased.

Residential waste disposal to landfill/incinerator and diversion, 2002 to 2012, thousands of tonnes.

In 2012, Canadian households produced a whopping 14.3 million tonnes of waste, up 27 per cent from 2002. However, during the same time-frame, waste diversion increased from 2.8 million tonnes to 4.7 million tonnes. This, the study found, was due to further options for Canadians to redirect waste.

In an age of newer and better, it’s probably not that surprising that electronic waste, or e-waste, is one of the biggest offenders in waste disposal.

That electronic hardware — some of which is toxic — isn’t something that is easily disposed.

The increase is largely in part to increased diversion programs across the country.

In an interview with Global News last  year, Cliff Hacking, head of EPRA, said that while the 100,000 metric tonnes is a start, “There’s even more out there.”

“Everyone wants the newest and the greatest, and that means there’s a lot out there and we went to make sure that it gets recycled properly.”

Hacking told Global News by email on Tuesday that recycling programs are on the rise.

“In the last few years, recycling programs managed by Electronics Products Recycling  Association (EPRA)  have seen an approximate increase of 60 per cent in electronics being collected for recycling,” he said. “This is a result of program awareness across Canada, plus provinces embracing new recycling programs.”

The ever-evolving television industry is lending itself to more e-waste, with TVs being the most commonly reported technology thrown away.

So what should Canadians do with their unwanted televisions once newer, better, higher-def, flatter televisions make their way into their homes?

The news is good: 54 per cent reported that they dropped them off at e-waste depots, while 19 per cent donated them or gave them away. A further 17 per cent still had them collecting dust at home.

Surprisingly (or not), is the persistence of VCRs. Apparently some people are loathe to let go of the antiquated tech. According to StatsCan’s Households and the Environment Survey (HES), in 2007, there were still about 10.7 million VCRs used across Canada. That dropped to 5.4 million in 2011, meaning there were 5 million VCRs that were discarded. Though StatsCan didn’t report on the individual recycling of VCRs, it did find that in 2011 and 2013, about half of Canadian homes took their unwanted audio-visual equipment to be recycled.

Recognize these? Perhaps you still have an old VCR collecting dust at home.

By 2013, 24 per cent — or 3.4 million Canadian households — had reported having a computer they no longer wanted. Most of these Canadians — 53 per cent — sent them to a depot or drop-off centre, with a further 15 per cent giving them away. Unfortunately, about 3 per cent threw them in the garbage.

When it comes to the seemingly lightning-fast evolution of tech, cellphones seem to surpass that of televisions. Makers of the ubiquitous high-tech gadget are releasing newer, better models every year. In 2013, 84.9 per cent of households reported having at least one cellphone. A study by the Organisation for Economic Co-operation and Development (OECD) found that, as a result of newer tech, cellphones tended to be replaced every 18 months.

In 2011, 2.4 million households — about 18 per cent — reported having at least one unwanted cellphone. By 2013 that number had risen to 2.9 million. HES reported that 24 per cent of those households returned them to a supplier, while another 5 per cent had actually just tossed them in the garbage.

And, perhaps due to privacy issues, about 44 per cent, or 1.27 million households still had them at home.

“Recycling electronics is increasingly important,” Hacking told Global News by email Tuesday. “We need to do our part to responsibly manage end of life electronics because they contain valuable materials and resources that can be recaptured and repurposed in the circular economy.”